TRADING UP: Gamble at ITG in Canada

Jeff Gamble joins Canada’s Independent Trading Group, a market making firm, as Managing Director, Issuer Services in Canada. He came from Jones Trading where he served for three years as Vice President in Sales Trading. Before that he was a Director at ITG Canada Institutional trading group for almost six years. Earlier, Gamble was Head of Institutional Sales Trading at Versant Partners.

Digital Asset, a provider of distributed ledger technology (DLT), announced that Blythe Masters, the company’s CEO since 2015, has requested to step down as CEO for personal reasons. AG Gangadhar, who joined the company’s Board of Directors in April, has been appointed the Board Chairman and will serve as the acting CEO until a permanent CEO is named. Masters will remain involved in the company as a board member, strategic advisor and shareholder. 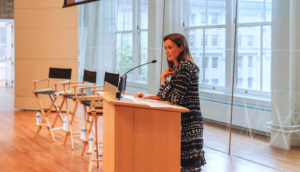 corfinancial, a leading provider of specialist software and services to the financial services sector, named  David Veal as Senior Executive – Client Solutions. Veal specializes in middle office operations and technology, with nearly 30 years’ experience in solution delivery.  Prior to this, he worked as a Senior Executive – Strategy and Product Management for salerio, supporting the strategic development of salerio (the post-trade confirmation, matching, settlement and tracking solution), as well as working on new business development. Also, he spent eleven years as a founder, Chief Operating Officer and Principal Consultant at Pentagon Consulting, a management consultancy specialising in investment management technology. Veal was also Assistant Director of Operations at Rothschild Asset Management for ten years.

Alter Domus, a fully integrated Fund and Corporate services provider, reported Chief Executive Officer Laurent Vanderweyen has left the business to pursue other opportunities. Aidan Connolly, Chief Financial Officer, has assumed the role of interim Chief Executive Officer of the Alter Domus Group as of December 5, until a permanent successor is appointed. Laurent will assist in an orderly transition of his responsibilities over the coming months.

Exchange IronX onboarded to its Advisory Board Paolo Tasca, Executive Director of the Centre for Blockchain Technologies, and Tal Cohen, ex-CEO of Sirin Labs. Both appointments coincide with IronX’s recent IRX token sale extension, which is now running until January 15, 2019. Tasca is a digital economist, specializing in P2P financial systems. He served as special advisor on blockchain technologies for the EU Parliament and the United Nations. Tasca is a serial entrepreneur in the blockchain space and is also the Founder and Executive Director of the Centre for Blockchain Technologies (UCL CBT) at University College London. Before that role, he was the Lead Economist on digital currencies and P2P financial systems at Deutsche Bundesbank (Frankfurt).

The current joint-COO and head of markets at HKEX is due to retire at the end of this month, after more than 20 years with the exchange operator. Roger Lee will also step down as CEO of The Stock Exchange of Hong Kong (SEHK) and Hong Kong Futures Exchange (HKFE) on January 1, when his retirement takes effect. HKEX’s head of clearing and joint-COO, Calvin Tai, will take on the COO role upon Lee’s retirement, and will also assume the role of head of markets until a successor is appointed. Lee first joined SEHK in March 1997 and has held various senior roles with both SEHK and HKEX. 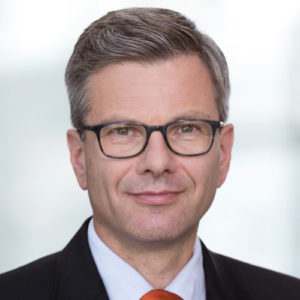 Hong Kong Exchanges and Clearing Limited (HKEX) reported that Cindy Chen joined the company as Head of Post-Trade Business Development, Clearing. Chen joins HKEX from Citi Hong Kong, where she was most recently the Head of Securities Services. She has over 20 years of experience in Capital Markets and Securities and Fund Services with Citi in Hong Kong and New York. She will report to Joint Chief Operating Officer and Head of Clearing, Calvin Tai.

BNP Paribas has appointed Ravina Advani as its Head of Energy, Natural Resources and Renewables within its Coverage division. Ravina has spent the last eighteen years at BNP Paribas in several senior roles and most recently as a Managing Director in the Power, Infrastructure & Project Finance Team where she was responsible for originating, structuring and executing financings in the North American power and infrastructure sectors. She will be based in New York and report to Don Sutton, Head of Corporate Coverage for North America.

Eurex Exchange has grown its board by appointing Wolfgang Eholzer as Chief Technology Officer as of January 2019. In the new position, he will focus on IT strategy and on Eurex‘s trading system T7. Eholzer joined Eurex in 2007 as head of the Eurex Trading Technology Roadmap that resulted in the delivery of interfaces for order management and market data. Before joining Eurex, he worked for Deutsche Börse Group‘s IT delivery organization, starting in 1998.

As Senior Vice President, Head of Derivatives Strategy, Rob Hocking will oversee the strategic vision for Cboe’s proprietary product franchise and serve as an advisor to the executive, business leads and product teams to help shape and drive the company’s roadmap for current and next-generation derivatives products. He has been a member/Trading Permit Holder (TPH) of Cboe Options Exchange since 2001 and most recently served as Global Head of Equity Volatility Trading at DRW Trading Group. Prior to DRW, he held positions at Goldman Sachs and Hull Trading, specializing in index derivatives trading.

As Vice President, Head of Futures, at Cboe Futures Exchange (CFE), Matt McFarland will set the strategic direction for the exchange including pricing, the day-to-day and long-term strategies to meet customers’ needs as well as the competitive positioning of the exchange. He was promoted from his current role of Senior Director, Cboe Futures Exchange Business Strategy and Operations. He previously spent 10 years at JP Morgan in equity derivative sales. He started his career on the trading floor of the Chicago Board of Trade in 1993.