A director-level quant trader that specializes in equities has joined UBS after a seven-year stint at Citi. Kai Zeng started with UBS in New York last month. A vice president at Citi, Zeng helped manage systematic trading and equity derivatives analytics, according to LinkedIn. Now he’s an equity quant trader that works within UBS’s central risk book – a key role for large banks that are trying to manage extreme market volatility. 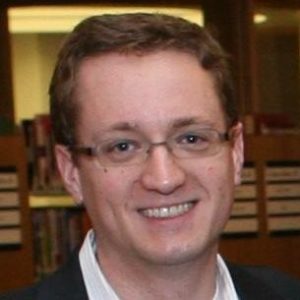 Milwaukee-based broker-dealer Baird has promoted Jack Miller to Head of Trading, based in New York.  In this role, Miller oversees the execution function within the trading business including cash, program, electronic, and related services. Miller joined Baird in 2006 and has served in various roles in trading since 2009, most recently as COO and Head of Electronic Trading.

Dash Financial Technologies announced the addition of Scott Patrick as Chief Financial Officer. Patrick, a 25 year veteran, will be responsible for leading financial operations and strategic planning for the firm. He joins Dash from Brunswick Group, where he served as a Partner, specializing in M&A transactions, IPOs and investor relations matters. Prior to Brunswick, Mr. Patrick was a Managing Director in the Financial Technology Group at investment bank GCA Advisors, and before that he spent over 10 years at Evercore Partners, most recently serving as Head of Payments Investment Banking. He began his career at Morgan Stanley, where he worked for over 12 years. He reports directly to CEO Peter Maragos,

Independent Trading Group (ITG), Inc. welcomed Derrick Reimer as Vice President, Issuer Services. Reimer will be responsible for managing relationships with public issuers to provide objective and focused market making and liquidity services. Reimer brings over two decades of experience as an institutional sales-trader on Bay Street and Wall Street. Most recently at a New York investment bank, he was focused on developing business strategies for emerging and small to mid-size companies to best access the Canadian market. 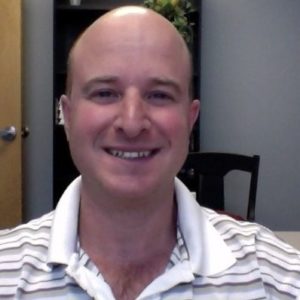 Macquarie Capital appointed Oliver Bradley as a Managing Director focused on digital infrastructure.  Based in London. Bradley will lead the principal investing strategy in the digital infrastructure space across Europe, working closely with the firm’s infrastructure and technology teams. This is his econd stint with the firm, after having worked at the firm from 2005 to 2015. Most recently, he was Corporate Finance Director at CityFibre Infrastructure Holdings plc, where he led capital raising, mergers and acquisitions and strategic transactions.

BTIG Limited, the European affiliate of BTIG, announced its expansion of the Institutional Equities division with the addition of Nigel Fenn as a Managing Director. Based in the firm’s London office, Fenn will cover institutional equity clients within Europe and the U.S., specialising in block trading across developed, emerging and frontier markets. With experience of  25-years, he prior served as a Managing Director at UBS in London, where he spent more than 13 years in leadership roles within the Secondary European Equity Block business and was responsible for EMEA Equity Trading for U.S. clients. Previously, he held similar roles at Bank of America Merrill Lynch and HSBC.

Scott Gould has joined Fiduciary Counselors Inc. as Senior Vice President. Gould has over 20-years  experience working at Fortune 500 corporations in corporate finance, institutional retirement, and investment management.  Prior to joining Fiduciary Counselors, he spent 18 years at MetLife.  As part of the institutional retirement area, he was Vice President of Structuring, Strategy and Distribution for the U.S. Pensions business.

Jose Castellano joins iM Global Partner as deputy CEO and Head of International Business Development. Castellano brings more than 25 years of experience in distribution. He spent over 17 years at Pioneer Investments, where he was one of the leading distribution executives with roles in Asia Pacific, LatAm, US offshore and Iberia. Prior to joining Pioneer Investments in January 2001, he was Director for Morgan Stanley’s private equity group for two years, and Director of Wealth Management for a further seven years at the same entity. He reports to Phillippe Couvrecelle, founder and CEO of iM Global Partner.

Mitsubishi UFJ Financial Group landed Scott McLallen as a Managing Director in the bank’s Private Equity Sponsor coverage group. With more than two decades of industry experience, McLallen joins MUFG from SunTrust Robinson Humphrey, where he worked for nearly eight years as a Managing Director in the bank’s Financial Sponsors Group. McLallen also spent time as a Managing Director at Portico Capital, and spent eight years in private equity as a Principal at Monitor Clipper Partners and Leeds Equity Partners. He reports to Matt Maley, who was hired in 2018 as the Head of MUFG’s Private Equity Sponsor coverage team. The group is part of MUFG’s Corporate Advisory for the Americas unit.

Confluence announced that Domenic Ionadi has been promoted to Vice President, North America Business Development. Ionadi joined Confluence in 2005 and has held senior positions in professional services and sales during his 14-year tenure. In his most recent role as Director of Global Account Management, Ionadi focused the direction of the unit’s operations. He began his career at SunGard Financial Networks, where he worked in reconciliation. He holds Bachelor of Science degrees in Business Administration and Economics from Carnegie Mellon University.

Academy Securities hired Joseph Tarditi as Managing Director, Co-Head of Short-Term Liquidity. r. Tarditi brings with him over 20-years of experience. Prior to Academy, he  was the Global Head of Capital Market Sales at Capitolis where he focused on their fintech financing platform. Before joining Capitolis, Tarditi was Managing Director and US Head of Short Rates Sales at Bank of America Merrill Lynch from 2015 to 2018.

Former Managing Director and Head of Credit Suisse’s EMEA derivatives business, Stephen Plestis, has been snapped up by OpenGamma to spearhead their sales team. At Credit Suisse, he spent the last 14 years building up the EMEA sales team for the derivatives division. Additionally, he covered a number of positions throughout his previous 10 years at Merrill Lynch including client service and sales trading for both fixed income and equities.