Turquoise, the London Stock Exchange’s pan-European multilateral trading facility, has launched a service making it easier for fund managers to execute large blocks as the venue aims to increase its average trade size.

James Baugh, head of sales at Turquoise, told Markets Media: “In September 8.5% of trades in the dark were above large in scale, compared to 5% at the beginning of the year. Our aim is to continue to increase this until we get nearer 100%.”

This week Turquoise launched Block Discovery which is designed to bring together large block orders in a neutral passive environment.

“We changed our matching logic to make size a priority and introduced a minimum execution size, allowing Turquoise to increase its average trade size. The next challenge was how to re-aggregate liquidity” added Baugh. 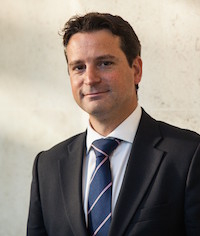 Midpoint Dark includes Turquoise Uncross with random intra-day auctions which makes it harder for them to be targeted by aggressive trading strategies. For example, in a liquid stock the cross occurs randomly every five to 10 seconds while for a less liquid stock the random period can increase to between five and 45 seconds.

Baugh said: “The value traded in our random uncross functionality has increased threefold since June 2013, which shows the demand for trading blocks.”

In Block Discovery firms can initially send conditional orders into the random uncross, which could last between 5 and 45 seconds, while continuing to search other liquidity pools. If the conditional orders match they are converted into firm orders and executed in Turquoise Uncross.

Mark Goodman, head of quantitative electronic services, Europe at Societe Generale, said in a statement: “A key concern of our clients has been to source block liquidity, and we believe that as an exchange-owned, neutral platform, Turquoise has a significant chance of delivering this.”

Baugh added: “Since launch we have seen a number of trades significantly higher than the Large-In-Scale threshold with one trade valued at over €2million. This compares to an average trade size of around €6500 in dark pools on MTFs. This is significant and we are pleased to support the buyside in facilitating access to large blocks.”

In August London Stock Exchange Group published interim results for the three months ended 30 June and said that trading in Turquoise was up 40% year-on-year. In July Turquoise had a 23% rise in pan-European value traded.

“There has been a big uptick in Turquoise volumes as we have done a lot of work to broaden our stock universe and on-board new members to diversify our flow geographically, which has a knock-on effect,” added Baugh.