Technologies such as social networking, crowd-funding and peer-to-peer lending have developed the sort of ‘open source’ innovations that could provide a blueprint for greater transparency in the capital markets, according to Mike Manning, co-founder and CEO of DealVector.

“Our view of the fixed income world is that it operates like the internet would operate if there were no search engines,” said Manning. “Imagine if we have a billion webpages like we have right now, but you had no Google or Yahoo or Bing to connect you to the information.”

Manning said DealVector essentially functions as a LinkedIn for financial markets, enabling investors in complex securitization deals to communicate with one another. DealVector enables investors who register for the service to communicate with each other anonymously, and then, if both parties choose, to identify themselves to each other. “You can think of us as a blind dating service, where you’re really blind to one another, but ultimately if it goes well, you are going to want to take it to the next step and we will facilitate that process as well,” Manning said. 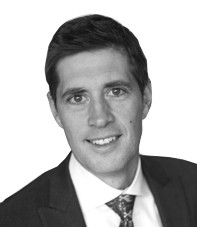 The service can be used to connect institutional investors in securitization deal such as a collateralized loan obligation. As with e-mail, investors address a message, type a subject and message body, and post. “Suppose you want to speak to all institutional investors in the equity tranche of XYZ CLO. You can carry on a dialogue online under numeric IDs to protect your identity until such a time as you both mutually opt in to disclose information and to meet in the real world,” said Manning.

The Securities and Exchange Commission voted last week to adopt a rule intended to bring great transparency to the bond markets in an effort to enhance visibility across the asset class. The final rule requires the disclosure to investors of extensive asset-level information for residential and commercial mortgage-backed securities, as well as securities backed by auto loans and leases.

“The SEC must protect investors in asset-backed securities just as it does investors in any other security, ensuring that they have full information, the tools and time to understand potential investments and the nature and extent of associated risks,” SEC chair Mary Jo White said before the vote. The difficulty for investors to find one another is rooted in the “street name” system by which Wall Street identifies securities by broker-dealers, not the beneficial owners. Although somewhat less of a problem for equities with disclosure forms such as 13F, the fixed income world is almost completely opaque.

“The operating system of Wall Street, the street name system, lacks knowledge of who the beneficial owners of fixed income assets are,” said Manning. “That subtracts an enormous amount of value from the economy in the form of investors unable to effect their ownership rights. The practical infrastructure, for enabling that connectivity and that vote to happen is passing from the market today because there is no central registry of who holds what.”

“What we’re really trying to do is provide a layer of connectivity and transparency that just does not exist in the market today,” he continued. “It’s almost an infrastructure play. If you could very easily reach out and talk to the exact people that you need to talk to on a particular moment in time, you would be able to unlock an enormous amount of value.”