With interest rates seemingly stuck near historical lows, the unprecedented conditions beg the question of what will happen in the event of a sharp bond-market sell-off.

“Liquidity risk is significant,” said Jill King, senior portfolio manager at Chicago-based Horizon Cash Management, which manages cash for institutional traders and investors. “As rates rise, who is the buyer? That could be a real issue, given the reduction and shrunken books at the banks and broker-dealers.”

The structure of the institutional bond market inexorably changed in the wake of the 2008-2009 global financial crisis, as the big banks who had been the primary liquidity providers downsized due to regulatory constraints and soft market conditions. The next bear market in bonds will be the first one in the new order, in which smaller banks, the buy side, and market makers on electronic trading platforms may be the other sides of trades.

“If spreads widen in a rising-rate environment and broker-dealers and banks aren’t able to take down positions as they used to, where will we all go for liquidity?” King said Sept. 23 on the ‘Rate Risk Looms Large’ panel at Markets Media’s Chicago Trading and Investing Summit.

Another variable bond traders should consider is macroeconomic, in that where the U.S. Federal Reserve is starting to tap the brakes on its quantitative easing program, makers of monetary policy in other countries are holding steady, or even accelerating.

“As economies are working their way through the recovery, central banks are now moving at different speeds,” said Eurex Senior Vice President Chris Dopp, who moderated the Chicago panel. Many bond traders “have never seen an environment with central banks moving in different directions.” 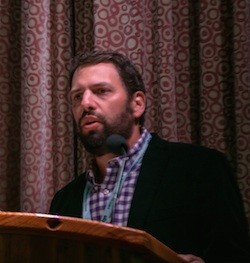 Yet another uncertainty lies in the exchange-traded fund space, as fixed-income ETFs have gained considerable clout in institutional portfolios over the past half-decade. “Not only are the banks downsized, but the advent of fixed-income ETFs is a game changer,” said Scott Ladner, head of quantitative and alternative strategies at Horizon Investments, which is not affiliated with Horizon Cash Management.

“How are they going to react if things get nasty? Are they going to be there?” Ladner continued. “There’s no such thing as a guy who knows how that is going to play out. That guy doesn’t exist.”

Charlotte, North Carolina-based Horizon Investments emphasizes liquidity by mapping out an exit plan for its investments. “Analyzing liquidity takes a huge amount of time,” Ladner said. “I don’t think this gets the attention it deserves, as it can have a material impact on the bond market.”

Matthew Shapiro, president of MWS Capital, noted that interest rates and fixed-income investing are at the core of all money management, and any “pending storm” in the form of a sharp rate rise would affect all market participants.