Four months before Britain voted on whether to stay in the European Union, the world’s largest asset manager sounded a warning.

Risk managers throughout the financial sector were on standby. But then what?

Risk management has been around since the inception of commodity and securities trading. The RM101 textbook example (presented in a flow chart with images of a bushel of wheat) is a farmer locking in a price for a crop to be delivered several months out.

Fast forward a couple centuries to the current age of ‘big data’, social media and high-speed electronic trading. The methodology and processes of risk management have changed, but its essence and purpose haven’t.

“Risk management is the art and science of being aware of what could go wrong,” said Tammer Kamel, founder and chief executive officer at Quandl, a financial-data platform.

In alternative data, which can be broadly defined as the data that isn’t what everybody else is parsing, a primary end-goal of risk management is to get ahead of market volatility. This volatility can be caused by any number of on-the-ground happenings, ranging from an election result, to a natural disaster, to a corporate blowup.

When an incoming storm is sensed, traders can assess the cause of the volatility and the outlook for future market impact. But the immediate concern is to protect portfolios, perhaps by selling stocks, raising cash or buying gold or U.S. Treasury bonds.

One source of alternative data that can help manage risk is social media, Twitter for example. The microblogging platform’s feed is a virtual firehose of unstructured data. While the vast majority of tweets may be irrelevant or immaterial to an active investment manager, there are data points that can be deployed in the mission-critical quest to manage risk.

“The presence of a signal that looks like it will cause market volatility, is in itself a useful indicator in risk 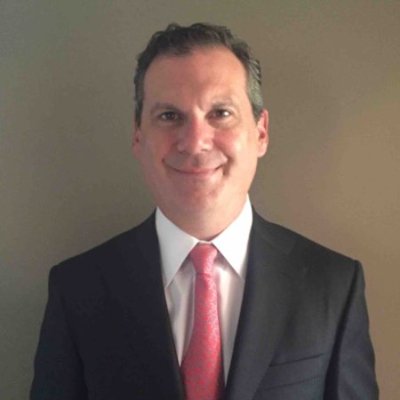 management,” said George Goldman, Vice President – Head of Finance Sales at Dataminr. “From there you can at least alert someone in the risk management group that there is potential volatility ahead.”

Heading into the June 23 Brexit vote, the market-implied probability of ‘#remain’ was almost 90%, leaving significant downside if it went the other way.

At 11:19 pm London time, BBC Political Editor Richard Moss, citing Labor Party sources, tweeted that the ‘leave’ vote may have been as high as 60% in the key northeast district of Sunderland. Analysts previously stated that a six-percentage-point leave victory in EU-unfriendly Sunderland would project to a dead heat nationally — so 20 percentage points strongly signaled a leave victory.

At 12:17 am, the Sunderland vote was confirmed; a little less than three hours later, local news confirmed a Brexit, with the official announcement coming 55 minutes later. The British pound started sliding at around 4 am and declined as much as 11% versus the U.S. dollar, a move the Wall Street Journal called “epic for a developed-market currency.” The benchmark S&P 500 equity index slipped more than 5% over Friday, June 24 and Monday, June 27.

“Obviously, information about things that might happen in the future can be leveraged for risk management,” said Quandl’s Kamel. “I would conjecture that most alt data sets can be leveraged both for risk management and for speculation. If it’s telling you something about the future, you can use it either way, to speculate or to defend yourself against what could happen.”

Brexit was a bombshell, a tail event for which any market participant could have found early information useful. For the less splashy events for which alternative data can be found more regularly, Dataminr noted the buy side and the sell side use their platform to manage their own unique risks.

“Traders look to manage risk across portfolios, said Goldman, alternative data can be a critical input both in terms of measuring the risk they are taking as well as avoiding committing capital to positions where they may not have otherwise had the full picture.”