As someone who is as obsessed with fashion as much as food, I felt compelled to share some of Amal (Alamuddin) Clooney’s fabulous style. The 37-year-old London-based Lebanese-British lawyer, activist and author has not only taken the planet’s most eligible bachelor off the market, she has a look all her own to match. Why swoon over George when you can drool over her wardrobe? 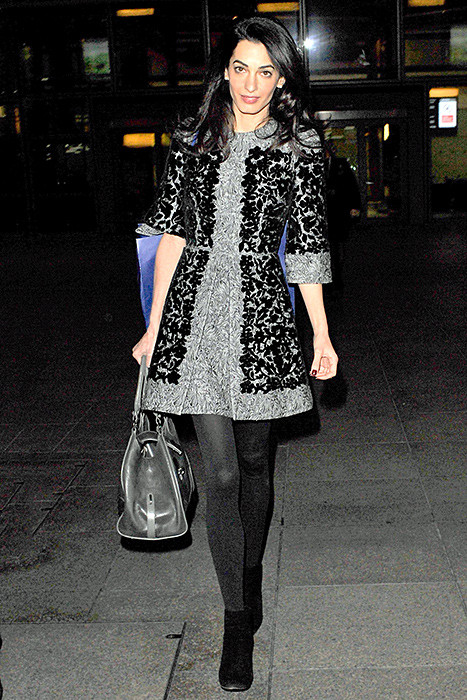 Here Amal is sashaying through Heathrow in a gray Dolce & Gabbana coatdress, complete with pleating and a black brocade design. Mrs. Clooney also sported and over-sized tote, black booties and an attitude to match. 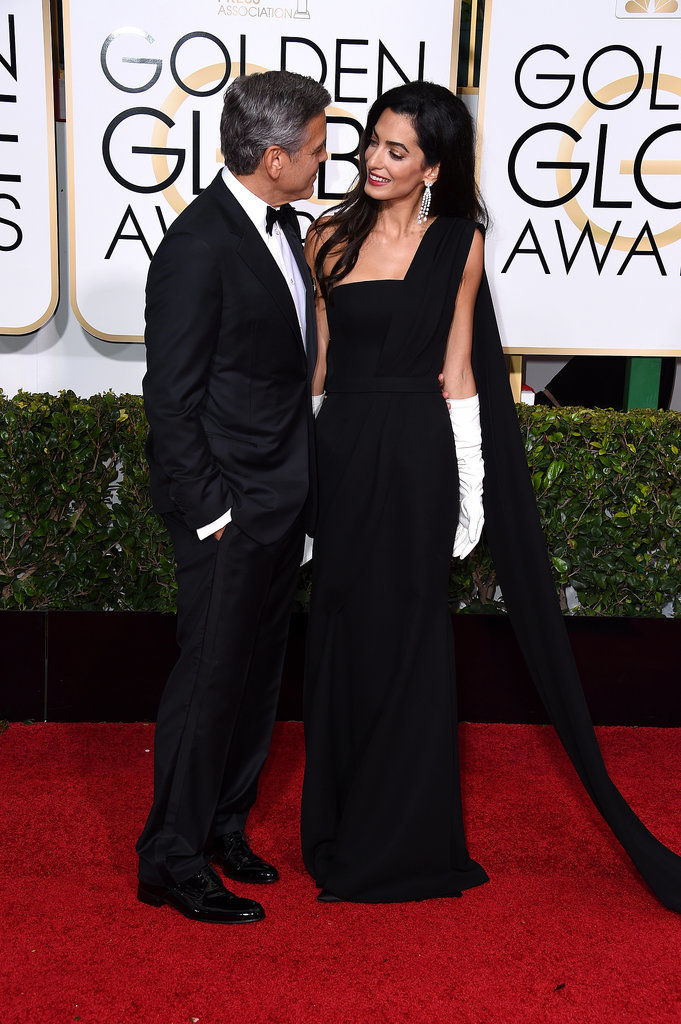 Accompanying Mr. Clooney to The Golden Globe Awards in Los Angeles, Amal made her first award-season appearance in a gorgeous black Dior Haute Couture gown with her own opera-length white gloves. Harry Winston platinum and diamond sparklers didn’t hurt this ensemble one bit. 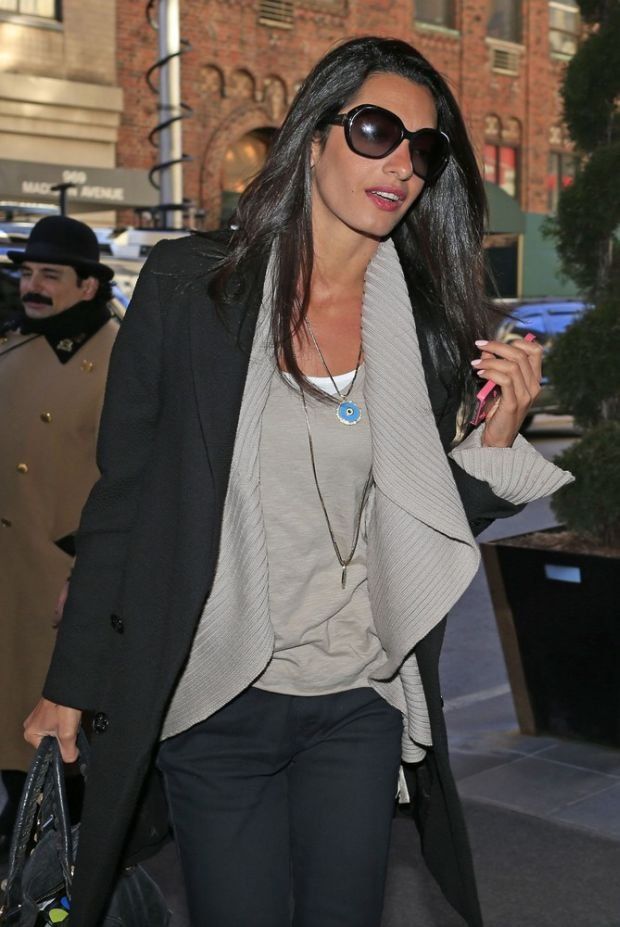 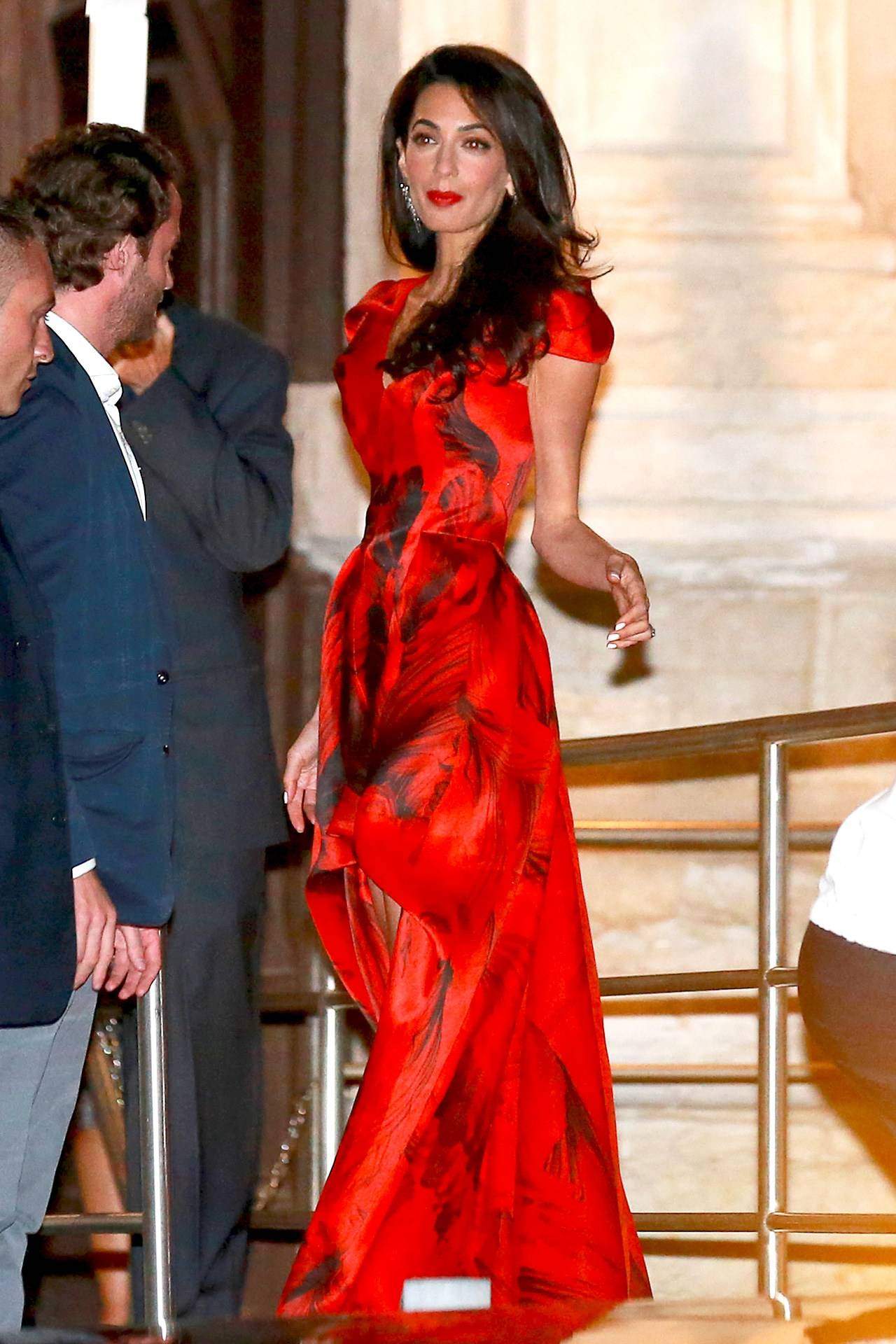 For The Clooney’s rehearsal dinner in Venice, the stunning bride-to-be gave another exquisite appearance of her red-carpet form in a scarlet waterfall frock by Alexander McQueen. No pre-wedding day jitters for this bombshell, on the contrary: exuding magic. 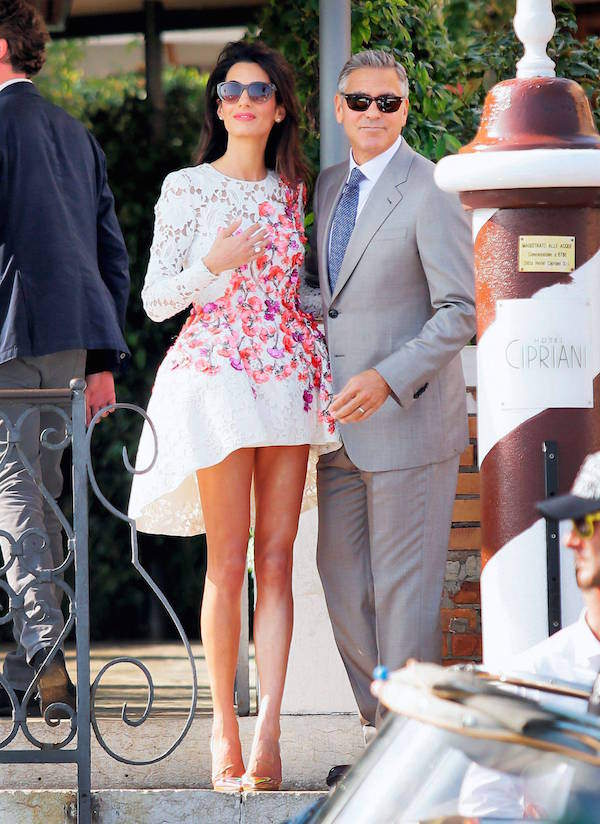 Those legs are mandatory to adorn such a look and the new Mrs. Clooney wasn’t shy about showing them off. This micro-mini Giambattista Valli number, which had split reviews in the fashion-realm did not deter her silver fox from grinning ear to ear.

All in all, the brainy beauty is changing the concept of ‘just another pretty face’ as Mr. Megastar Clooney swept the exotic barrister off her feet.

Cheers to you Amal. And job well done, George.