The best investment today is a handbag beginning and upwards of $10k (to the most expensive $432K). Yes — You. Heard. Me. Right.

WHAT IS IT?
Hermes’ Birkin is synonymous with high-end luxury and is a staple in any fashionista’s closet. One can trade an arm for the well-designed vessel to transport a lady’s most important belongings — ya know, laptop, iPhone, mascara, flats, Coco shades, passport and a perfect color pucker-up red. More and more women are opting to carry the Birkin, originally named for actress/singer Jane Birkin who helped create the bag. Jean-Luis Dumas coincidentally was seated next to the famed actress on a Paris to London flight and heard her complain of her belongings having falling out of her bag and stated it was difficult to find a weekend bag she liked. Dumas jumped at the shot to appease Miss Birkin and alas, Hermes’ Birkin was born.

DESIGN:
Birkin’s come in a variety of sizes: 25-, 30-, 35-, and 40-centimeters, with travelling bags of 50- and 55-centimeters. There are also many colors, hides (lizard, ostrich, calfskin leather) and hardware fixtures that can be combined to sport this beauty. Obviously, choice of a particular type of skin plays a significant role in the cost of the Birkin. The most expensive is that of the saltwater crocodile which tends to have smaller scales. Each bag is lined with goat skin. The actress in 2015 however, requested her name not be associated with the crocodile version of the bag, as much controversy had popped up regarding ethical concerns of the skins. The lock and key is emblematic of the brand and is made of palladium or plated with gold to prevent tarnishing. The lanyard, known as a clochette, is where the keys are enclosed. Over the years, the lock and keys may have the same number under the lock for hundreds of bags as they were stamped in the same batch. As opposed to earlier years, there was a single number under the lock and ultimately, Hermes decide to add a second number to the batch stamps. 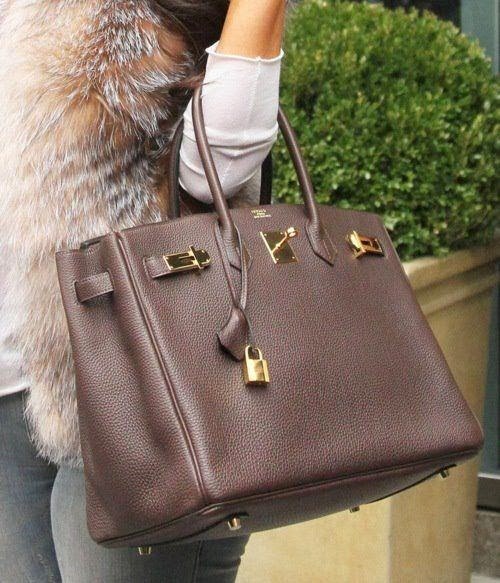 The bags are handmade in France by the most skilled artisans. They take roughly 48 hours to pull together the signature saddle-stitching, which was developed in the 1800s and had created the much sought-after bag we chase today. 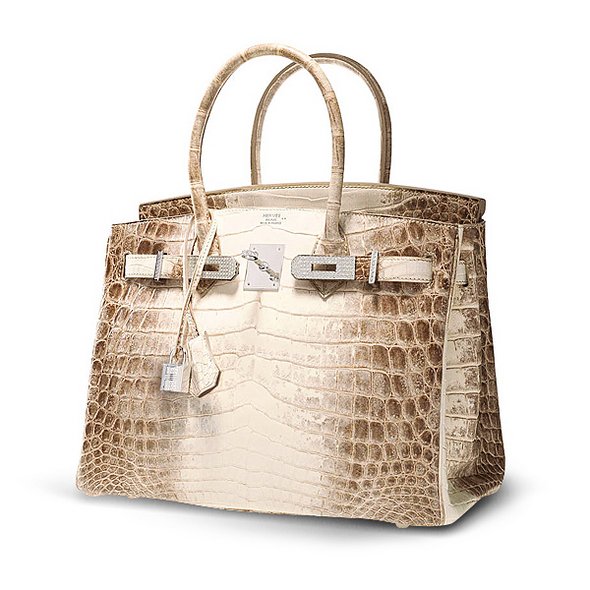 COST:
The cost, according to Hermes, is justified by the meticulous workmanship and scarcity of the bag. You simply cannot just walk into an Hermes establishment and have them whip out the holy grail of Black with Gold hardware 35! I laugh at you if you thought that. No no, there is a process, devotees, Hermes needs to create the demand and even if there are four of said Black on Gold sitting a mere four feet behind the well-dressed-all-in-black rep assisting you, be patient, be nice, perhaps speak French, you will score one. Why else do you think there is a waiting list for up to six years for some of these bags? Well, no more. The re-sale value has allowed for most to access the bag today and according to Baghunter, an online marketplace for buying and selling handbags, “the Birkin bag outpaced both the S&P 500 and the price of gold in the last 35 years— a time period chosen to reflect the date when Birkin bags were first produced in 1981. They say that the annual return on a Birkin was 14.2%, compared to the S&P average of 8.7% a year and gold’s -1.5%”.

Who knew the Birkin Bag would beat out my gold jewelry as an investment. Perhaps, all our valuables, commodities and cash under our beds shall be traded in for as many Birkins as we can get our hands on. Or, ahem, in my case, hands through! I am all for shopping Birkin. You can never, ever have enough.