Jason Bard Yarmosky’s solo exhibit Dream of the Soft Look opens today at Bertand Delacroix Gallery with a new series of scrupulously executed large portraits of his grandparents. Accompanying the paintings is a short film which explores the memories of the artist’s grandfather Leonard Bard. 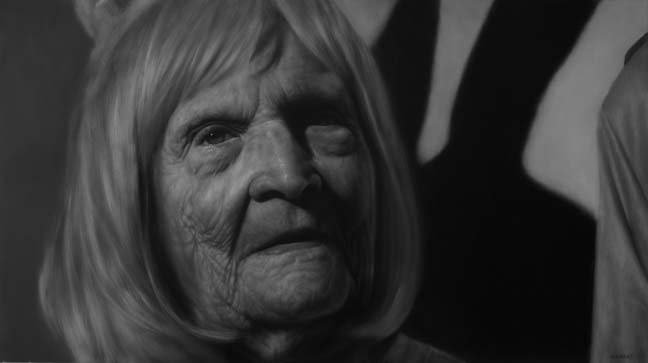 This collection of work departs (mostly) from the whimsical paintings of his grandparents with an Old Masters feel and delivers more intimate pieces with a cinematic feel. A few of his paintings lined up together might as well be stills from a movie. With the faces and eyes in focus and hair blurred with loose brush strokes, it’s almost as though the pause button was pressed. 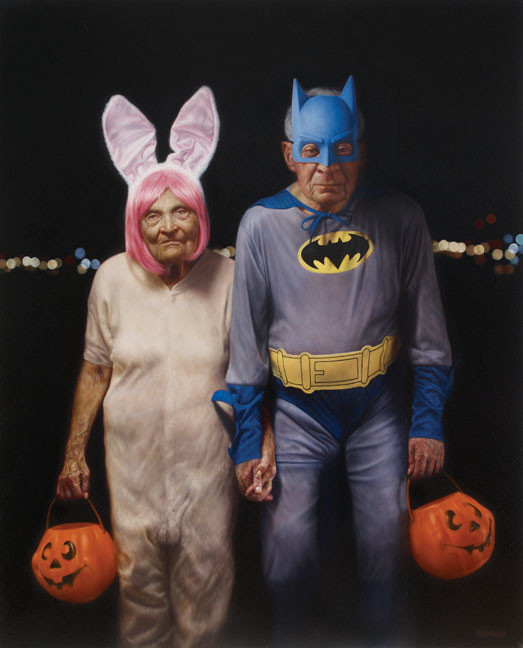 The artist’s grandparents are painted in intimate settings and situations such as while shaving, showering and in the bedroom. The bedroom scene shows the artist’s exploration of composition and surrealism in Sleep Walking. 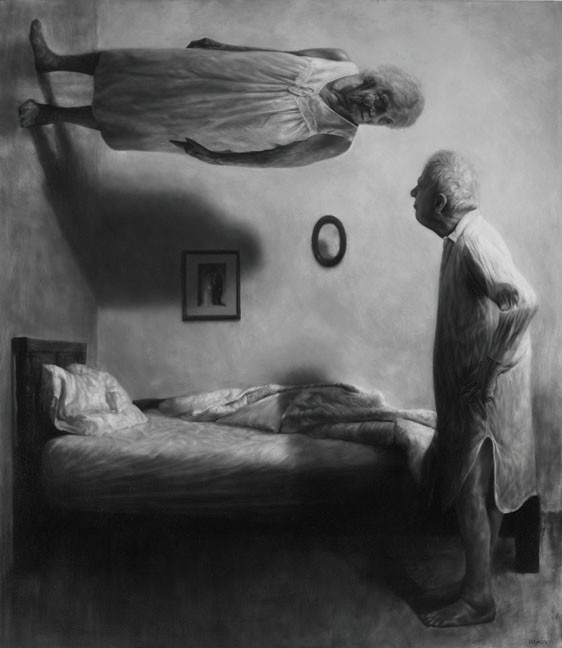 Jason continues to examine the relationship between the limitations of social norms and the freedom to explore. This is seen particularly through the juxtaposition between the young and old in this exhibit with pieces such as Madame X, where he paints his grandmother as an 85 year old Madame X. Still beautiful and proud. As a reference to his last exhibit, Elder Kinder, inlcuded is Trick or Treaters, a whimsical painting of his grandparents dressed up in costume.

The exhibit begs the question, is age nothing more than a number?