One Mile Too Many?

We already know that more isn’t necessarily better: a third serving of pecan pie; two days in a row with the in-laws; binge watching Breaking Bad until 3 a.m. Nobody really shakes a finger when you want to pursue something that is intended to produced worthy results, even if it may require excessive training. When I hear of people I know completing marathons, it intrigues me how one can be so equipped, both mentally and physically, to run like that. Though I laugh at the thought of completing a mild 5K, running a marathon was always a goal I wanted to accomplish at some point in my life; that is until I run a couple of miles and keel over in agony as sharp pains of fire gravitate from my ankles to my knees and my head is pounding enough to point where I may pass out. I work out on a regular basis, so it makes me wonder how hard it must be on someone’s body to log about 40 miles a week to train for a marathon, then to run the 26.2 miles to complete it. 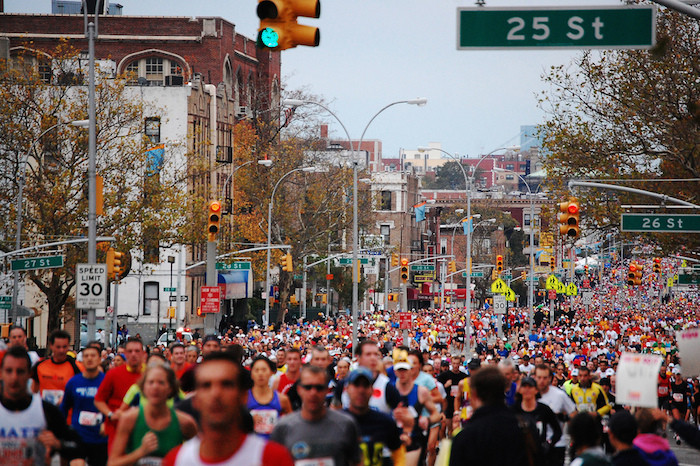 Micah True; Jim Fixx; Ryan Shaw; these were men who died while in the middle of a training run or right in the middle of the actual marathon, men who were physically fit and had superb endurance capabilities. You’d think with the running you do for a marathon you’re actually doing something good for your heart, right? Numerous studies have shown that excessive running can actually have adverse side effects on the heart. Micah True had died from cardiomyopathy, a disease in which the heart muscle becomes enlarged and can lead to irregular heartbeats; the heart can swell which can cause reduced blood flow. In one Mayo Clinic study, 30% of runners who completed a marathon had elevated levels of troponin, a marker for heart damage that doctors look for to see if someone is having a heart attack.

And here is something else to consider: a separate study concluded that men who ran at least one marathon a year had an increased volume of total plaque, calcified plaque and non-calcified plaque in their arteries than sedentary men. Though, the marathoners had significantly lower weight, resting heart rates, significantly higher HDL cholesterol levels and none of the men in the study had diabetes compared to 17% of the sedentary men. While all of that calls for a victory lap, the non-calcified plaque build-up is reason for concern since it is the kind of softer cholesterol deposit that can become dislodged from the artery wall and cause a heart attack or stroke. 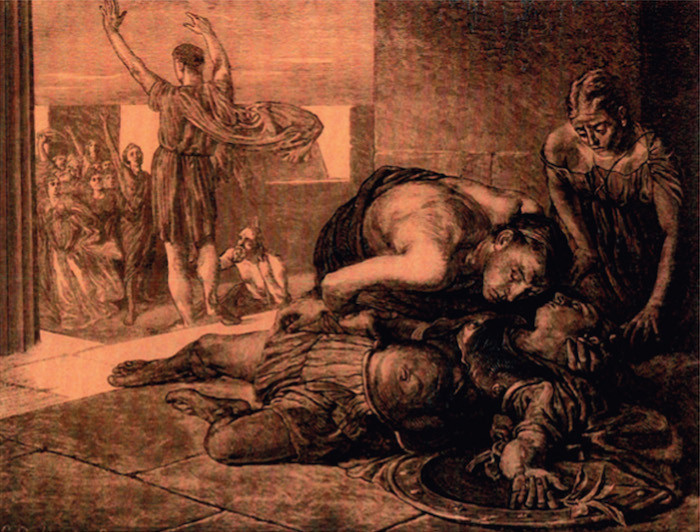 Based on where the idea of the marathon came from, these recent findings aren’t that ridiculous. After the Battle of Marathon took place in 490 BC in Marathon, Greece, a messenger who had fought in the battle ran 26 miles to Athens without stopping, announcing that the Persians had been defeated right before collapsing and immediately dying. Not exactly a happy ending, but despite the bad rep high-intensity running has been getting, some of the data can be considered inconclusive. It is hard to tell how other variables affect marathon runners’ health, such as genetics or past history of smoking or poor nutrition. Luckily, it is found that the amount of hours logged in running doesn’t necessarily affect the amount of plaque build-up a runner can accumulate—meaning marathon training does not directly affect the heart.

All in all, with a healthy family history and lifestyle, training for that marathon shouldn’t be too much of a worry. But in case you’ll be making an appearance at the New York Marathon on November 2, remember this: being distracted on a phone while walking or jogging has caused over 2,000 visits to the ER in 2011. And with marathon selfies being the new “thing,” watch yourself for unexpected stops in the middle of the race. As for me, I’ll be cheering for everyone in spirit, as I finish another episode of Breaking Bad.