Have you ever been somewhere new and realized, “Yes, this is where I belong!” Well, that was my immediate reaction upon entering The Hop (458 Main Street, Beacon, New York, 845-440-8676, thehopbeacon.com). 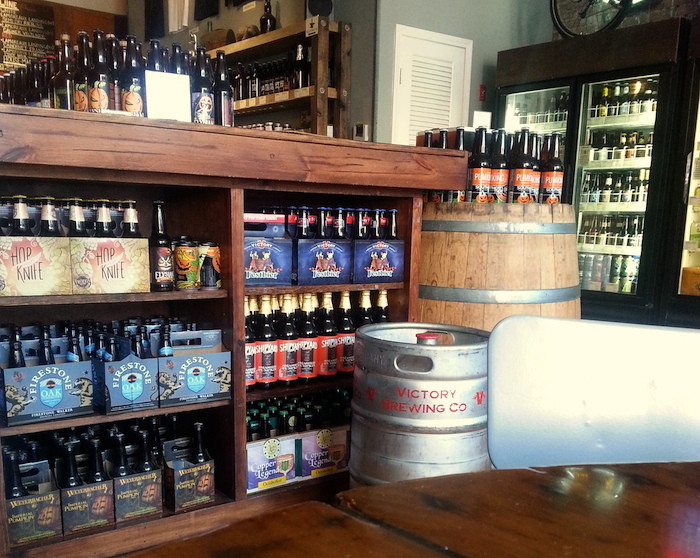 Situated in the heart of Main Street, The Hop’s hip and inviting decor compliments that fuzzy feeling you get when you walk through the door and take in the glorious sight of wall-to-wall specialty craft beer. Seven to eight seating areas are assembled in front of the windows, with a keg as the leg of each table. Exposed brick and wood accents give the place a cool vibe as little knick-knacks and signs line the walls. The island directly in the middle of the bar slash tasting room presents a long strip of beers, allowing anyone with any sort of interest in the craft of beer to take longer than a half an hour to decide which one to buy. But then again, there is no such thing as too many choices.

There are over 150 craft beers by the bottle and a rotating draft list of nine craft beers for tasting, including the Peekskill ‘Hop Common’, the Southern Tier ‘Warlock’, and the Elysian ‘Night Owl’. Since 2012, The Hop has become the hang-out of choice for residents of Beacon due to the lack of competition in the area. With only two other bars opened at the time, The Hop was an instant hit, and still is. 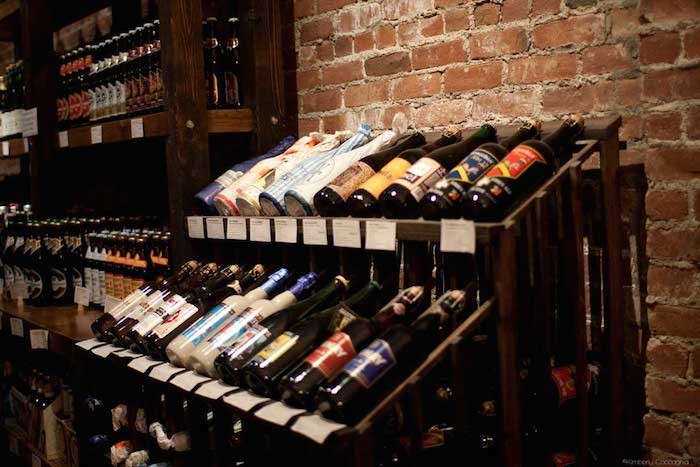 Photo via The Hop

I chatted with John-Anthony Gargiulo, chancellor slash bar manager slash resident beer guru of The Hop who said a lot of the bar’s popularity stems from the fact there is no other craft beer store café that serves artisanal fare in town.

“The Hop was created for the residents of Beacon,” Gargiulo said, though many out-of-towners make appearances as well.

Gargiulo said it was always a priority to purchase a majority of their ingredients locally. A section of one of the walls is dedicated to local artisan pickles, chocolates, jellies, cheeses and their own house-made sausages and terrines mastered by Chef Matt Hutchins are displayed at the counter.

“All of our food is local, farm-raised,” Gargiulo said, “Buyers look for quality and that is what we provide.” 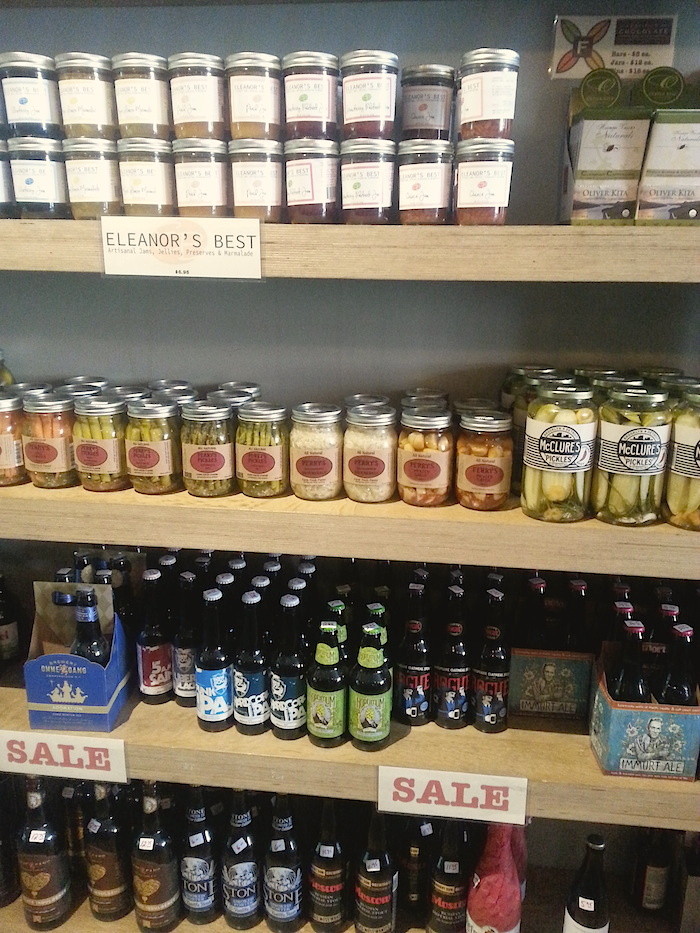 After visiting The Hop a few times already, employees and managers convey hospitality at its finest, always smiling and interacting with customers as they provide samples and knowledge of the beers they offer. I tried my first sour beer, the Peekskill ‘Simple Sour’, which happens to be Gargiulo’s favorite. Light and acidic, it’s a refreshing change from the darker brews I tend to go for.

With some background music, The Hop is quiet enough to hold an actual conversation without shouting like most bars you go to, the people who work there are friendly, the food is divine and fresh, and the variety of beer and local delicacies are endless. The Hop presents craft beer in a special, casual way, Gargiulo said, and I honestly couldn’t agree more.